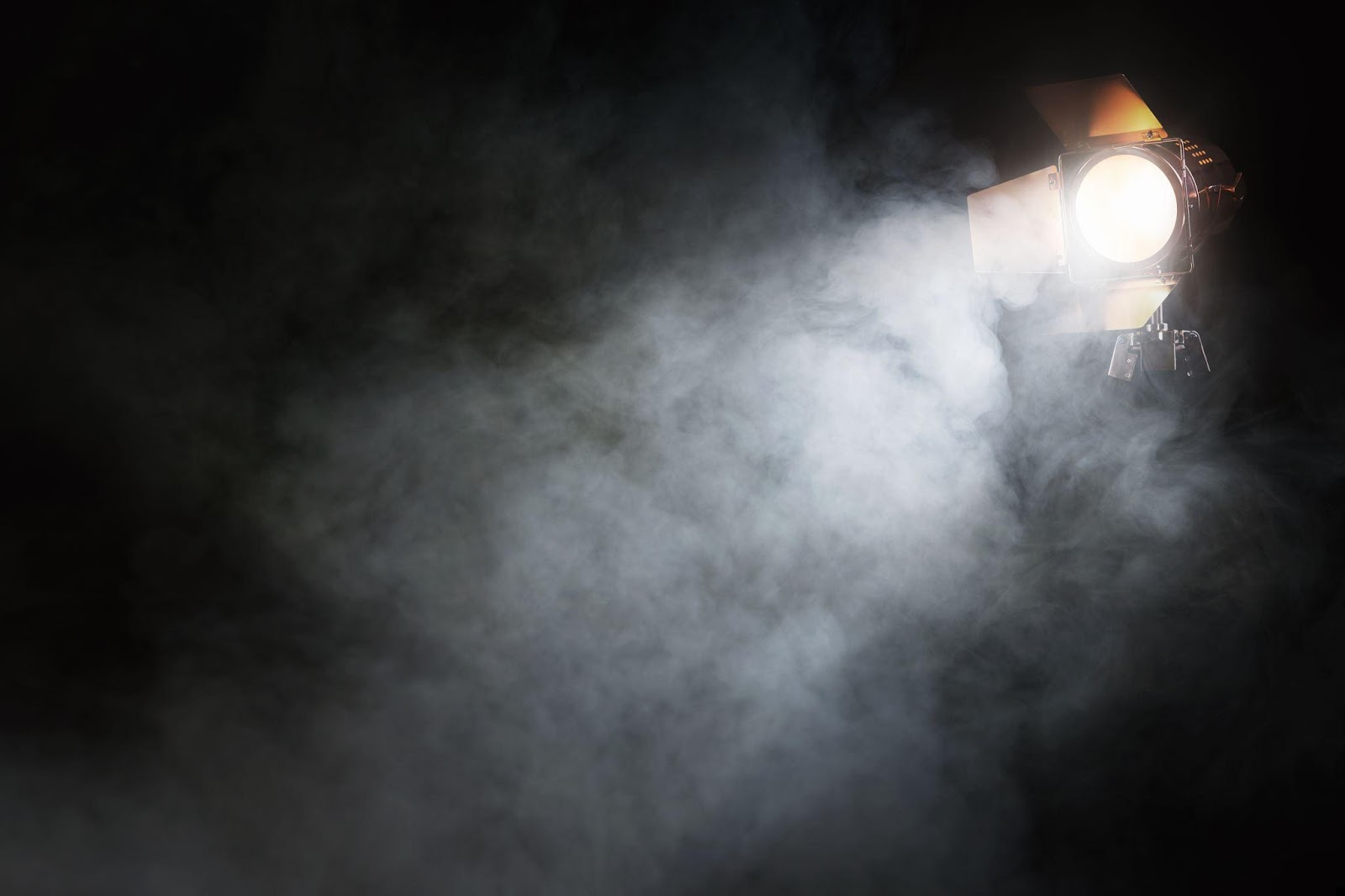 When the Griots of the African culture sat down to share the history of the tribe, it was the duty of the listeners to internalize these stories and become their protectors and promoters to future generations.

Like a chain, these stories connect the past to the present and the future. When that chain is broken, we suffer from the disconnect. It is much like a man with amnesia, wondering around lost and aimless, not knowing his name, who he is, where he belongs, and where he is going.

When Africans were transported across the middle passage by the millions over the course of generations, those who survived the journey were denied their human right to pass along their history and identities to their offspring, breaking that chain and replacing it with shackles around our limbs and even our brains. This was an intended part of the dehumanization of chattel slavery that was inclusive of breaking the human spirit.

And yet as a people, we emulate Maya Angelo’s poem, “And Still I Rise” and still, we rise!

Consequently, we have become a unique people, detached from our history, culture of heritage, language, names, tribal niche, and even our national identities, and still, we rise.

This has forced us to create our own distinctive culture as African Americans. Even the term for us as a people has evolved over the years inclusive of Negro, Colored, Afro American, Black, and African American.

But where do we find Negroland or Coloredland on the map? The best we could do collectively was to identify a continent, hence AFRICAN American, which has been a mark of our evolution.

Unless your heritage connects you to the Native people of this land, you are descended from another country. Consequently, we have Americans originating from various nations around the world, i.e. Japanese Americans, Mexican Americans, Italian Americans, etc., etc.

While some may use in addition a continental identity, such as Asian American, or European American, they ALSO have the option of pinpointing accuracy by specifying a country, or even a city, town, or village. Slavery has denied this to us.

In addition, many of us have assumed names not reflective of our geographical region and origins, but instead bare the verbal branding of those who held our ancestors as property.

During Black History month, most public schools recycle the same names and events over and over, as if this is the extent of Black history, and it often negates the history of Africa, as if our history began as slaves as opposed to being the first people on the planet-forming the very foundation of civilization.

Today, there is renewed vigor and hostility to double down on keeping our children and adults ignorant of historical truths of America. Under the guise of “protecting our children” from the imaginary boogieman of CRT (Critical Race Theory), books are being banned and people threatened with loss of employment and even violence for teaching the truth of history in our schools. As the saying goes, those who forget their history are destined to repeat it.

Our educational system needs a complete overhaul if we are to truly move into the future together as a healthy nation for all of America’s inhabitants.

With modern science, we can now connect the dots once taken from us by using DNA testing, which can trace our lineage to not only our nation of origin but also to our tribal origins as African Americans. This is something I highly recommend as well as taped interviews with the elders in our families. They are walking history books and we would be remised if they die and take that history with them to the grave.

If one does not know their past, how can they properly diagnose their present and successfully navigate their future?

Rev. Tobias K. Houpe was licensed to preach the Gospel of Christ in 2011, ordained in 2017, and is one of the assistant ministers at Faith Ministries Church in Columbus, Ohio under the leadership of Rev. Dr. C. Dexter Wise, III. Rev. Houpe is a native of Columbus, OH. He received Christ into his life and was baptized as a youth at Shiloh Baptist Church by Rev. Dr. James Wesley Parrish. He received a Bachelor of Fine Arts degree from, The Ohio State University (OSU) in 1983. In addition, Rev. Houpe studied extensively in the department of Black Studies and held memberships in several Black Student organizations, and represented the College of Fine Arts in the Student Government during his senior year. As a college student at OSU, Rev. Houpe began a Bible Study for fellow college students and pioneered a ministry at the Training Institution of Central Ohio (T.I.C.O.), a maximum-security juvenile prison. He has also mentored and led several street gang members to Christ. Upon graduating from OSU, Rev. Houpe joined the staff of Campus Crusade for Christ (CCC) and functioned as Campus Director for Clark Atlanta University at the Atlanta University Center (AUC), and expanded his ministry to include Tuskegee University. Rev. Houpe remained with CCC for 10 years and completed his international ministry studies in Bakersfield, CA via Crusade’s Agape International Training (AIT) in 1993. After leaving the ministry of CCC, Rev. Houpe started his own 501c3 international ministry, called the African American Christian Connection (AACC). Rev. Houpe has served as a missionary for over 35 years. His continued dedication and adventurous spirit as a missionary have been inspired by a quote from missionary CT Studd, “Some want to live within the sound of church and chapel bells, but I want to run a mission a yard from the gates of hell.” In 1989, as a staff member of CCC, Rev. Houpe made his first international missions trip to South Africa when the nation was under Apartheid and in a state of emergency. He relocated to Cape Town, South Africa in 1994 during the nation’s first all-race election. Upon his return to the United States and in the latter part of 1994, Rev. Houpe used his writing skills to help facilitate his work in the ministry. He became an investigative journalist and columnist for the Call & Post and Columbus Post newspapers and has been the guest on several radio broadcasts, and a local TV talk show. Rev. Houpe has subsequently made several return visits to the new South Africa. He also partnered with a Christian Native American missions team in 1995 and took part in 14 summer mission projects in Arizona and New Mexico on Navajo Reservations and was honored to have one of the children named after him. As a missionary, Rev. Houpe has had an extensive international travel schedule. Some of the countries that he has visited include Turkey, India, Italy, England, the Dominican Republic, and several nations throughout the continent of Africa. In 2003, Rev. Houpe was requested by then Ohio Senator Ray Miller to work as his Legislative Assistant, where he served at the State House for a short time, prior to returning to journalism. Rev. Houpe served as a Youth Pastor in Lancaster, OH from 2008 - 2010 at Maple Street United Methodist Church, a church that reportedly had been founded by members of the KKK. He is the current leader of Faith Ministries International Ministry, Special Assistant to the President (Rev. Dr. C. Dexter Wise, III) of the International Fellowship of Faith Ministries (IFFM), which has chapters in 50 nations around the world and growing. Rev. Houpe was recently appointed as the Director of Missions for Tel International which is a missions agency located in Dallas, TX. He is also working on writing 3 books, one of which is an autobiography focusing on his experiences as an African American Missionary. Also, a book and lecture series on the topic of racism, entitled “Hoodwinked,” addressing the origins of American racism/white supremacy and its’ current day ripple effects, and racism/white supremacy in the hijacking of Christianity and its’ role in slavery, Jim Crow, and colonialism. In 2007, Rev. Houpe took on a life partner and married Kingston, Jamaican native, Althea Bernardette Leslie, who also joined him on many of his mission projects on the Navajo Reservations prior to their marriage. Sister Houpe is also known as Rev. Houpe’s, “better three-fourths.” Rev. and Mrs. Houpe currently reside in Pataskala, Ohio. View all posts by Tobias Houpe

Interest in and awareness of the demand for social justice as an outworking of the Christian faith is growing. But it is not new. For five hundred years, Latina/o culture and identity have been shaped by their challenges to the religious, socio-economic, and political status quo, whether in opposition to Spanish colonialism, Latin American dictatorships, US imperialism in Central America, the oppression of farmworkers, or the current exploitation of undocumented immigrants. Christianity has played a significant role in that movement at every stage. Robert Chao Romero, the son of a Mexican father and a Chinese immigrant mother, explores the history and theology of what he terms the “Brown Church.” Romero considers how this movement has responded to these and other injustices throughout its history by appealing to the belief that God’s vision for redemption includes not only heavenly promises but also the transformation of every aspect of our lives and the world. Walking through this history of activism and faith, readers will discover that Latina/o Christians have a heart after God’s own.

Grant, O God, that your holy and life-giving Spirit may so move every human heart, that barriers which divide us may crumble, suspicions disappear, and hatreds cease; that our divisions being healed, we may live in justice and peace; through Jesus Christ our Lord. Amen. from the Book of Common Prayer, September 1979

My Tweets
Join 69 other subscribers